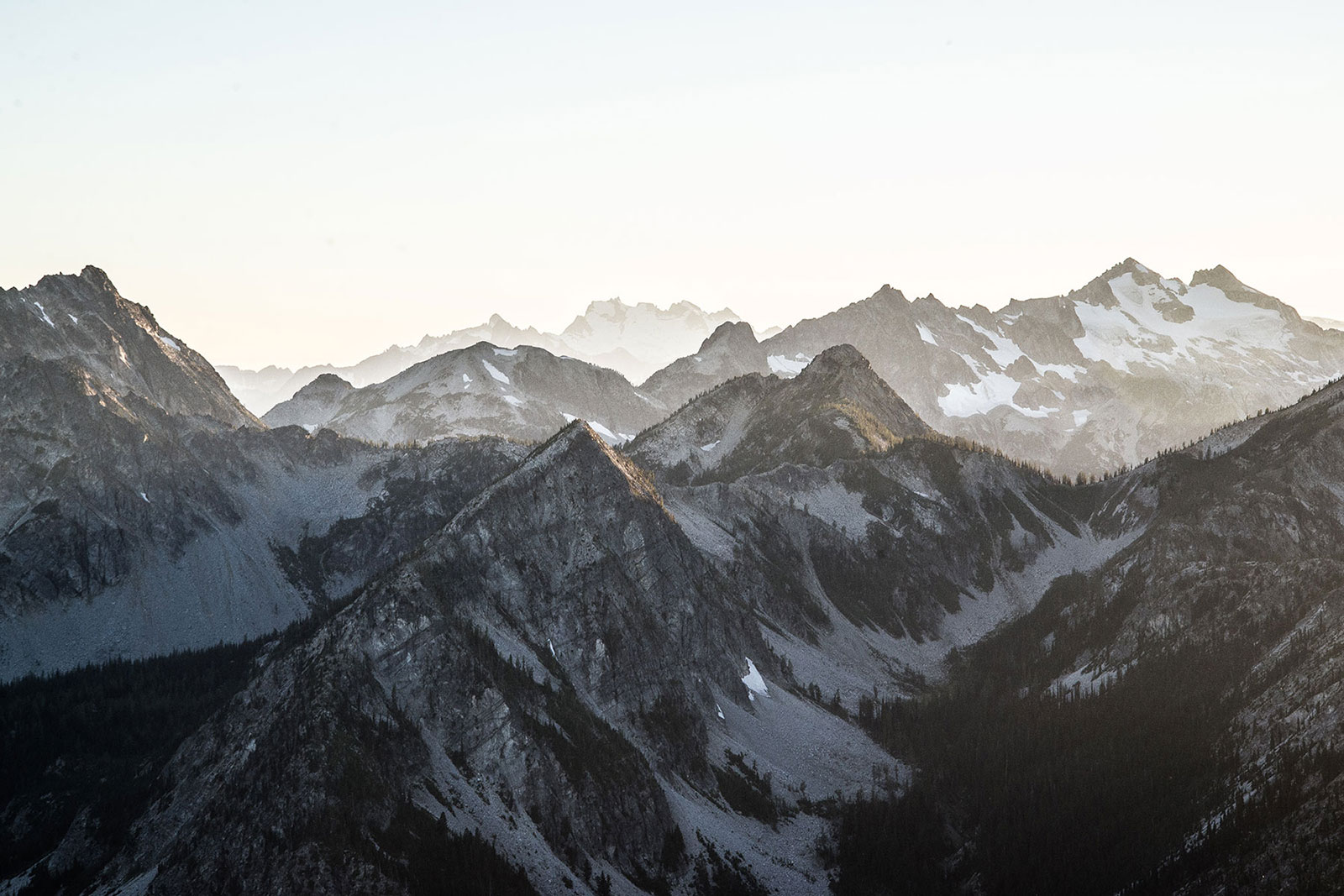 Corpses were not rare in the Suanni Desolate Fields. It was one of the most dangerous stretches of wilderness on the titanic Continent of Azan. Populated by daemons and filled with treasures, countless people had died within its borders and countless more would continue to do so. The bloody body lying in the open field was not even the only corpse within that acre. A series of blast marks, like pockmarks in the face of the earth and long gashes on the ground and trees linked them. In all, there were six bodies and soon, there would be one more.

Leaning against a large boulder was the body of a young man. The soon to be corpse was still warm with blood flowing at a slow trickle from a sword wound to the torso. Besides this and few cuts, it remained relatively intact. The battle that caused all this had ended very recently and the scavengers had not had the time to gather or dig in yet. If his bleeding was not bad enough, his shallow, whistling breathing indicated that it would not be long before the reaper came by. Confused and lost in a way only the newly dead could empathise, he had already begun his journey to the great beyond.

[The user is in critical condition. Please restore basic functionality!]

The sword wounds in his torso began to show signs of activity. Something very sharp had pierced straight through him, cutting through ribs, organs, muscle and exiting out his back. It would have cut his heart in two if not for one thing. His heart was on the other side!

[The user is in critical condition. Please restore basic functionality!]

This time, the message garnered some response.

The body shuddered and woke, eyelids flying open to expose a pair of bright amber eyes. He drew a long gasping breath as his lungs painfully tried to fill themselves with air. The young man coughed and sputtered for a minute but his eyes were strange and unseeing as if dazed. His hands rose to cradle to his head as if hoping that would enough to stem the ache that threatened to break it open once more. When he pulled them away, he found them smeared with blood.

In a motion that was more rote muscle memory than thought, he reached into his pouch and took out a phial. Upending it into his mouth, he tried to make sense of where he was and what was going on. Whatever medicine he took worked quickly. His flesh, for lack of a better phrase, just seemed to squirm together until it was whole. Split ribs held faster as the muscle surrounding them grew strong again and more astonishingly, his body’s vital signs began to grow stronger. A major feat considering that just a few seconds before, he was minutes from death.

“The Sect Head is dead. The patriarch is beyond ancient and besides you, we have no other candidates for succession. I kill you now and it will all be over. There’ll be no reason to hold on to our empty shell. No fighting, no killing one another!” The man said walking closer, the point of his sword held out in front of him.“I wish it did not come to this. Truly, I do! While I will not ask for your forgiveness, I do hope you understand. It is for the greater good!”The sword was thrust through his chest, its magic blade parting his flesh like butter. His blood, warm and bright, splattered his killer and watered the grass at his feet.

The message pulled him out of the flashback. While the report meant nothing to him, it was strangely in sync with his healing. The larger the numbers grew, the more control he had over his body. The pills were working. Slowly, thanks to his control increasing, he discovered the stiffness and dissonance he felt fading away and normal sensation returning. By the time, it crossed 50%, he had started to make sense of his memories. Unfortunately for him, this meant reliving his last moments.

Further running would do him no good. He knew that much. Maybe on a good day, he could put up a fight but not today, not after the battle he had just had. His adversary was fresh and more advanced. It was clear how the battle would go.

‘I practically walked into that ambush myself!’ he cursed, his grip tightening on his sword. ‘Am I truly that naive?’

Angry disbelieving eyes stared at his Seventh Uncle, the man about to kill him and asked, “Why?”

The man stalled. His sword point falling for a split second before rising again. For all his power and experience, he remained on guard against him. The boy had not only killed the others, he had also sensed the first strike, dodging the blow that should have ended this cleanly.

The man sighed. “You might find this hard to believe but I do not want to kill you. If there was another way…”

“I helped raise you, taught you how to wield the sword, watched over you since you were knee high… if there was another way…”

He seemed genuinely sad but Dunstan took it with a heap of salt. His own protector had just tried to kill him after all.“The sect is failing, Dunstan!” the man revealed.

“I don’t understand!” he asked in confusion. The sect had been having trouble for years. The old head had died. Enrolment rates were down. There was a minor lack in staff as well as many other small issues that could trouble any institution. It was nothing new. Nothing that could not be fixed. Hell, the reason they came here was to do so.

“What does that have to do with killing me?”

“EVERYTHING!” his Seventh Uncle yelled.

“Each time we take a step back, others take two forward. We’re one of the weakest second-grade sects this side of Azan and the vultures are circling. Some are not willing to wait till we die first. None more so that the Dragon Bone Sect.”

Of course, it had to be the Dragon Bone Sect. Their sect had enjoyed the spotlight for the last few years due to finally crossing the boundary and becoming a third-grade sect. All the surrounding sects had suffered for it. Enrolment was down everywhere but there. However, things were not so easy for them. The other sects, sensing a threat were either moving to secure themselves or move against them. Dunstan had been under the impression that his sect was doing the later.

“You’re selling us out?”

“A skinny elephant still has two tonnes of meat. The Dragon Bone Sect want to absorb us to help strengthen their position and they have a lot of support on the inside. It is better we join them than let some other party take us out. There’s just one problem.”

“4th Patriarch!” Dunstan realised. The old man would never agree to such a thing.

“Him and the other holdouts!” his seventh uncle spat. “They’ve got their heads stuck in the sect’s heyday and fail to acknowledge how it’s crumbling around us. It’s caused a rift in the sect. We’ve kept it quiet for now but there’s already talk of rebellion.”

Dunstan closed his eyes unwilling to imagine it.

“You see it too. That’s why I’m doing this. The holdouts think of you as the second coming of the founder. They’re betting our survival on the fact that you’ve inherited his bloodline thinking you’ll magically lead us back into prominence!”

Dunstan said nothing, his will deflating. A previously unknown pressure settled on him. He wished he could say it was the realisation of what exactly was expected of him but it was not. His Seventh Uncle had simply locked him in place with a special technique. The cunning man had taken advantage of his turmoil and lapsed guard to spring a trap. He struggled, erupting his essence in the hopes of breaking the technique but it was already too late. The man was already an arm’s length away.

“The Sect Head is dead. The patriarch is beyond ancient and besides you, we have no other candidates for succession. I kill you now and it will all be over. There’ll be no reason to hold on to our empty shell. No fighting, no killing one another!” The man said walking closer, taking his time now, the point of his sword held out in front of him.

“I wish it did not come to this. Truly, I do! While I will not ask for your forgiveness but I do hope you understand. It is for the greater good!”

The sword was thrust through his chest, its magic blade parting his flesh like butter. His blood, warm and bright, splattered his killer and watered the grass at his feet.

In his last moment, Dunstan wanted to scream, to yell at his Seventh Uncle and tell him that he was wrong. To spit in his face and say that the Patriarch and the other grandpas would not give in. That even if he died, others would still hold out. The sect was more than just him and the patriarch. It was all of them. It was their pride, their joy, their loyalty, their ambitions and their home. But in those final moments, he realised that he could no longer say that with certainty.

If his Seventh Uncle, a man he trusted so implicitly, could betray him and the sect, why couldn’t others do so as well?

‘NO!’ he screamed mentally. He could not let it end like this. A talisman flashed into his hand. Elder Anthony’s eyes widened. He tried to backpedal but it was already to late. With a bloody grin, Dunstan tossed the flaring talisman at the man. The explosion that followed was directed at his opponent but the shockwave that followed tossed his weakened body backwards. As his head hit the boulder, the last thing Dunstan could remember thinking was, ‘At least I took him with me.’

Uncaring of its user’s mental state, the floating interface merely continued its duty.[Synchronising… 56%]

This is the second alternate story. In this one, a young sect master gains the ability to create dungeons. he quickly realises that this could be the key to reviving his sect. However, dungeons need to eat and he is certainly not feeding it his sect members. To sidestep the issue, he comes up with a cunning plan. Troubles ensue.

There are currently ten chapters of what I plan to be a 50-60 chapter book. I will upload the edited ones on patreon. It will remain a patreon exclusive and in the future, if I find time for it, it will go straight to publish. Yes, this will not be released as a web novel, unfortunately. Sorry!