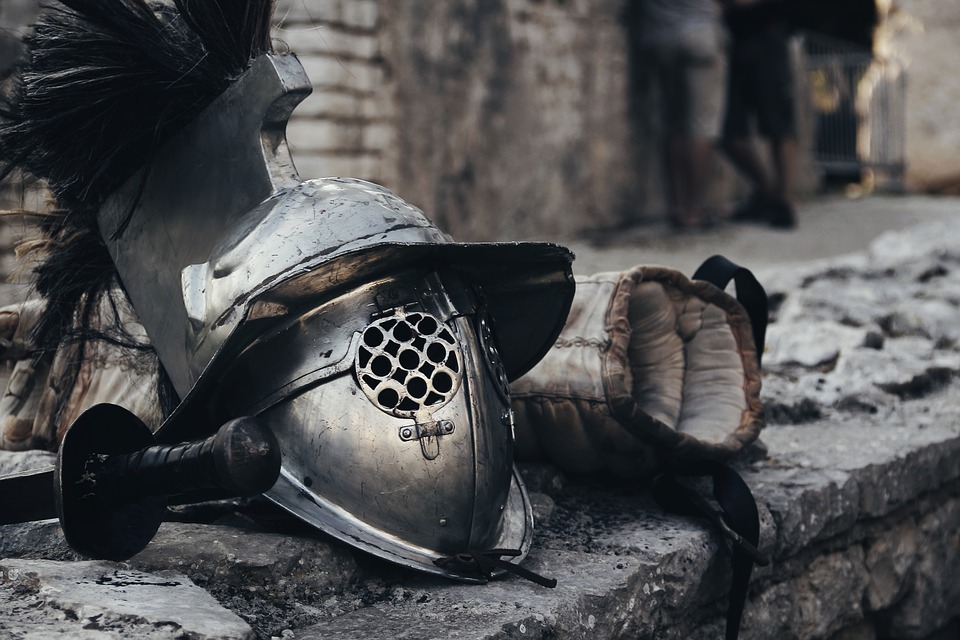 At one and a half metres tall, the new figure was initially familiar to the provisional council members. At first, they mistook him for a short elf, but the more they looked, the more inconsistencies they saw to contend with their guess. The ears were a little too large. His eyes glowed menacingly in the soft shadow. Hair, like black and green flame, really highlighting his brown skin as they blew out behind him and what they first thought was a sheer cloak turned to in fact be thin wasp-like wings. Were those fangs glinting in his smile?

The Warden and the druid reacted immediately. The others were slower to recognise the creature before them except for Count Allerton. As was to be expected by a lord whose territories drew close to fae lands, the man had a small faerie token in his hands before the others could train their swords on the new figure.

“Greeting with hostility what they have wrought with their own hands”, the fae’s voice rang. It was akin to listening to the moan of the wind, breathy and low. That it came from a near-perfect elfin face only served to enhance its effect.

“I am to see humans have not changed in the years I was gone”, the fae continued. “May we begin.”

Thankfully, the druid had not been idle, seizing the opening given, he drew a pouch from his satchel and was dumping its contents before anyone else could second guess him. Iron dust poured out of the bag only to caught but his mana and laid in a perfect circle around the small party. The Warden gave a stunned glance at this, he had been ready to put away his weapon, but the druid’s actions told him that would be a bad idea. It was not just Nader either, Count Allerton was the same. This was probably not the fae envoy they were waiting for then.

“Begone dark one!” Nader yelled. “These are lands of Lord Galronde, a duke of spring. Your kind is not welcome here.”

Gauwyn caught on immediately. He raised his weapon once more at the newcomer. This time, he took notice of the miasma that wafted of him and how the shadow he should have stepped out of has somehow crept along behind him. What on earth were the forest fae doing? There was a dungeon at their border, and dark fae in the area and they were nowhere to be found.

“You presume to lecture me about territory in my master’s domain?” Thorn asked the druid, keeping an amused expression on his face.

It was in the nature of fae to be duplicitous. They were a race bound by word, deed cursed with the inability to lie. Correction, the inability to lie directly. Ironically, that only strengthened their talents at subterfuge, sophistry and trickery. These were vital skills for fae. Most creatures could not imagine what it meant to be able to lie. Everyone lies. All the time too. They were an essential part of social interaction. The fae were people who could not lie, who suffered the trappings of oaths and promises, living in a world of liars and oathbreakers.

Mercifully, fae were creatures of change, and they adapted to this disability. They adapted incredibly well. They would never survive interaction with the other races otherwise. Thorn was never the best fae at this. Bellwhispers had him beat. However, he was the most familiar at dealing with mortal races. Still, it had been nearly two centuries. It was time to get back in the saddle.

“Your master?” the Warden asked. There was a faelord encroaching on Duke Galronde’s land? Was this why the local fae were nowhere to be found?

“Yes, my master”, Thorn said in a bored tone. “You asked to speak to him.”

Gauwyn’s mind paused as it attempted to parse this new information. The answer was as bright as day, but he simply could not believe it. This was a dungeon pixie?

“I will warn you now!” he said in his most intimidating tone of voice. “This dungeon is property of The Golden Empire. I do not care for trouble but if we discover that you or any other party has tried to bind the dungeon core, I will personally shove my sword down all your throat! Do not….”

A hand was placed on his arm, holding him back. The druid was done with his preparations. Gauwyn gave him a glance and was met with a direct stare. Nader shook his head softly and gave the Warden a signal. ‘Let me handle this.’

“You say you are the dungeon fae”, Nader said a determined tone. “If so, I apologise for our actions. Please, step into the circle, take your offering, and then we may begin our parley.”

Count Allerton nodded in approval. If the fae was who he claimed, the circle would keep him bound and receptive. Additionally, by the terms of the summoning, neither party would be able to harm the other. If he was not, then after taking their offerings, a sacrifice intended for another, they could bind him even more strongly. Thorn knew this, which was why he chose to come out of the wall. He did not do well in cages. His hesitation must have shown because, the druid told him in a stern voice, “Step inside or leave!”

Thorn kept any unease from his voice when he replied, “So forceful, I hope you understand that the circle means nothing. This entire realm is my master’s. I can appear wherever I want.”

“Step inside or leave!” Nader repeated. “We will not deal with unidentified unseelie. Prove your identity or leave us be!”

“I will”, Thorn told them. “But first, I need proof that you are from the adventurer’s guild and that you have the authority to make deals on their behalf.”

They had to be fools if they thought he would fall for such a trick. He and his would be the only ones bound by any agreements they made if he dealt with the wrong party.

Being the only proper guild official, Gauwyn made to step forward but again, the druid held him back. The nature of magical beings was defined by the laws of equivalent exchange. Giving freebies was not in their nature nor was it in his.

“I would have your name first before offering ours”, he bargained.

Thorn groaned mentally. Clearly, the druid had dealt with fae before. He knew that such a response only ever came from those who had been taken advantage off. In a way, his own kind were somewhat responsible for engendering such a response. There was a sentiment among many fae that you either cheated mortals or waited to be cheated by them. Unfortunately, it meant this exchange was only going to get more complicated. Thorn could try to smooth things over, but that would only make the druid more suspicious or worse, cause him to lose respect for him. He could not be first to give in.

“If I wanted to, druid, I could call more debts than you could possibly repay”, Thorn warned him. He hated to be that fae, but it was the situation he found himself in. He had prepared for this. “How long do you think I stood in the shadows? How long did you offer your backs to me? You stepped into my master’s domain, invaded it and now you demand…”

He held his staff tighter and breathed deeply. This! This was the reason he hated dealing with higher fae. The other party was calling in debt for not attacking them for trespassing, for not acknowledging him and for the fact that he spared them by not attacking when he had the chance. How absurd was that? Giving a nod to the Warden, he stepped back slightly.

“I am Gauwyn, Warden of the East. I am here on behalf of the Adventurer’s Guild and the Golden Empire to open dialogue with the dungeon.”

Only two of those things made sense to the sprite. ‘Warden of the East?’ What on earth was that? He was expecting a Guildmaster or ma’am at the very least. Who was to say anything this man said would be useful? Nevertheless, Thorn let none of this show. Making a slight bow of his head in the Warden’s direction, he introduced himself.

“Well met, Warden Gauwyn”, he greeted. “I recognise you from your dive earlier. My master even made a note of your power. Having you represent the guild is not a bad choice so long as your honour is a strong as your blade.”

“When I walked among humans, I was known as Thorn Clearwing. Today, I am knight and guide to the Realm of Valour.”

Surprisingly, his name gained a reaction from them.

Author’s Note: We’re starting to see how interactions between the dungeon and the outside world will go and there’s the stuff about fae and mortal races. I know it seems a bit much to react that way towards Tinkerbell’s folks but fae/fey were actually among the most feared mythological creatures in ye olden times. Also, we finally learn more about Thorn’s ‘hero’ title.