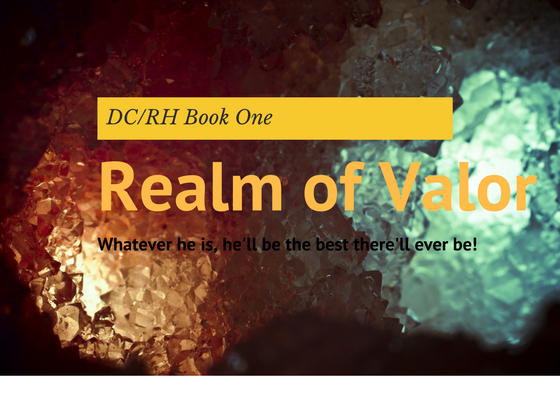 As Brandr continued to strategise and take stock, the adventurers left, and a new wave of evolution began to take place in the dungeon. It had now been a few months since Brandr opened his dungeon. All this time, the creatures that had come to live it in had been indulging in its resources and basking in the incredibly high concentration of ambient mana it had to offer. Ignoring the ones he promoted personally, many of them were long due a rank up. The former dao lord had inadvertently delayed this with the changes he made to the laws of the dungeon when he refined it, but it could be postponed any longer.

A stoat twisted and turned in its burrow undergoing a transformation it could not explain. This burrow was small, making the stoat wish it had chosen to rest in one of its other hideyholes instead. For a moment, it wondered if its apprehension about the slow, obese rodents it had been eating were justified, but soon it forgot all about that. Its fur changed, becoming dark and shiny. Golden sigils shone on it, and once the change was done, the stoat simply disappeared.

When it reappeared, it was in an entirely different burrow, the largest one it had. Looking around in astonishment, it wondered how it got here. Try as it could its little brain could not understand what had happened. In fact, thinking only made it hungry. With the hunger came the desire to visit one of its other burrows. There were a few surplus kills it could snack on there. Shaking its head, it tried to resist. Fat stoats made for terrible hunters. However, its mouth was already drooling at the thought of having another giant field mouse. They were just so delicious.

Unable to help itself, it turned around and made to exit this burrow to find its food stash. Before it could even poke is head out, though, a strange feeling of exertion overcame it and would you know it, it was smack dab in the lair with the food cache. This time it knew something bizarre had taken place. Sadly, it was unusually weary. Too weary and famished to ponder this mystery when there was food in front of it. The stoat decided to eat a quick snack and then take a nap. Maybe even two snacks. Not three though. It did not want to get fat.

Numerous occurrences like this were happening all over Brandr’s dungeon. Many had generic rank ups; becoming larger, stronger, faster, smarter, more aggressive or capable with magic. Some gained innate skills and resistances. The dungeon’s laws worked in the background doing its best to steer these new variations down avenues best suited for defending it. They were not alone. There was a dao system in place, a heavenly law stemming from Brandr’s past as a dao lord now World God. That meant a few lucky creatures, like the stoat, were touched by the daos he had brought into this world.

All over the dungeon, creatures were evolving and gaining fragments of his daos. There was a deer who bore a bright coat that shone like gold but was tougher than steel. A plum tree with flame-like sigils on its fruit. A wolf that ran with the wind. A goose that created its own pond and several other bizarre variations.

The sprites were not exempt. They were even the ones to draw Brandr’s attention to the happenings in his dungeon. It started with Echo. Whilst the other sprites celebrated the dungeons victory over its invaders, the young sprite searched for a place to sit. Something was not right. His head was heady with power, and his skin was suddenly suffocatingly tight. Before he could find a place to rest his head; however, he started to glow. This immediately caught the attention of those around him.

“What is happening?” he asked in a voice not quite his own.

At first, no one could answer him, but then Lindrea and Bellwhispers rushed over.

Bellwhisperes busied himself, pushing the other sprites back to prevent them from crowding the youth. Echo was having a hard time of it. He did not understand what was happening to him. He wanted to find a safe place to curl up, but at the same time, his body was much energised to sit still. That was when he saw it.

Without even sparing a minute to think it through, Echo chose the last option the moment he saw Brandr’s name. The fae courts were the stuff of whispers. His grandfather had warned him to steer clear of them. Besides, he was a dungeon fae now. Why would he ever want to leave?

The change took him by surprise, mostly because of how it happened. One minute he was trying to keep still and the next he was in a cocoon of fire. More power than he had ever known rushed through him, transforming him both inside and out. All the other sprites were sent tumbling backwards by the shockwave. They could only look on in awe as the silhouette in the flame grew and shed its sprite form. A special flame was ignited in his heart, and with its power Echo went from thirty centimetres tall to a full metre. His body remained fully proportional and petite like an overly beautiful child.

Echo’s body shook as it went through a further evolution. The fire that burned in his core changed, the furious roar suddenly becoming quiet as if waiting. The young sprite was too caught up in his promotion to notice, but violet clouds had appeared in the upper reaches of the chamber. Sprites all over cavern began to point and stare at them in wonder.

After a few moments, the clouds opened, and a beam of light descended on the evolving sprite, baptising him with rarified essence. His hair changed into a fiery hue, and his wings burned themselves to their nubs only they kept burning.  Like a phoenix, his wings had become an eternal blaze. Unlike a phoenix though, his wings were a bright gold flame that shed no heat. Echo knew instinctively that this was merely a facade. Should he wish to, he could set the entire chamber on fire.

When the light show was over, the peculiar clouds simply faded away like they had never been there, to begin with, and Echo came out of his trance. Above all the bizarre things that had happened to his body, the young flame bearer could also feel an unfamiliar connection, and when he traced it, he saw its source staring at him.

Brandr looked at the fae that had somehow become an outlet for his core flame. The youth stared back. He was not the only one. Everyone present stared at him, expecting answers but the former daolord was genuinely at a loss.

‘This is new even for me!’ he thought

Thorn watched this through a panel called up by his dungeon guide privileges. Brandr never cut him off, allowing him to check up on his family and friends anytime he wanted. The sprite lord looked at his grandson and wished that he was there in person to guide him through his first ascension. He had realised long ago that he was being stupid, but his own pride kept him from returning. Nevertheless, the solitude had done him some good. It clear now more than ever that his place was with his people, his family.

The choice was made when he took the dungeon’s deal. The same choice he had all those years ago back when he was a slave. When push came to shove, he was perfectly willing to damn anyone to hell so long as he had his remained safe. Untying the knot in his heart, he allowed the power he had always suppressed to surface. Dark mana poured from him, scourging the floor around him. Just as he had hoped, the promotion panel appeared before him, but before he could check out his options, a rumble came from the sky.

Dark, thunderous clouds were gathering overhead. An overpowering presence came from them locking onto the confused sprite lord. In Echo’s case, the clouds came after his promotion. Here the clouds came first. Before Thorn could even react, they baptised him with fire.

The sprite lord screamed in pain when his body was body was subjected to the flames. He could not understand what was going on.

“MASSSTTTEER!” he cried in supplication.

However, the dungeon core did not answer. The only things that Thorn heard were the roar of the flames and his own screams.

The fires on the ground were dying out, leaving nothing but scorched earth, ash and a few remaining embers. Smack dab in ground zero lay the sprite lord, utterly unrecognisable due to his burnt form. However, the lingering essence from the tribulation was fast seeing to his wounds. Slowly, he stirred, unable to believe he survived the heavenly conflagration. His surprise turned to shock when he found that all his mana was gone, refined and condensed into a golden magical core that was covered with black sigils. It was radiating the most intense power signature he had ever felt from anyone besides a rank six adventurer.

“What the hell happened to me?” he asked.

An entire floor away, Brandr placed rubbed his chin in thought. He was going to have to reorder all his plans.

Author’s Note: This is the final chapter of Book one. Mind telling me what you thought of the book and its development?